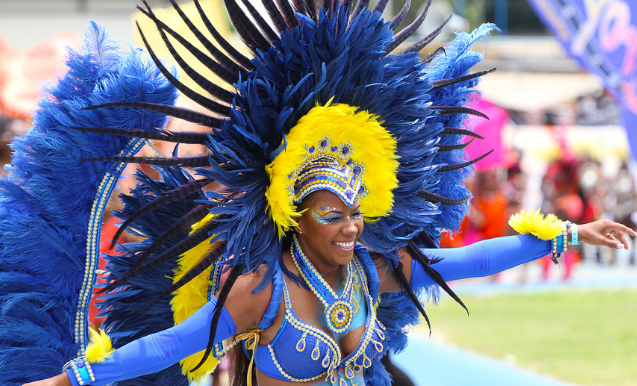 Most countries across the world have spring, summer, fall and winter. In the Caribbean, there’s the wet and dry seasons. But in Barbados there are three - the dry season, the wet season and Crop Over season!

For two months - from June to the first week in August - Barbados is the most magical, energetic and friendly place you will ever visit. The signature Barbadian warmth and levity are magnified ten-fold to create an incomparable atmosphere at its many events, parties, musical shows and its culminating street parade Kadooment that locals and visitors religiously countdown to from the moment it ends.

But, behind the beads, feathers and pulsating music, Crop Over holds a cultural relevance that is not shared across its neighbouring islands and their respective carnivals. It is a celebration that shares a timeline with the island’s colonial past during the era it held the rank of a global sugar-producing giant. From 1687, as a way to mark the end of their toiling in the sugar cane fields, slaves on plantations across the island would gather and partake of music and revelry - something which signified the end of the current crop.

Fast-forward a few centuries to 1974, when the then Barbados Tourism Authority revived the festival and created the blueprint of the format that later generations of Barbadians have come to know as their sweetest summer festival.

Now years after the sugar boom, Crop Over represents a time of fun, friendship and festivity across the island. This internationally recognized festival is at the centre of a pilgrimage for many Barbadians across the globe and has become a favourite with visitors and celebrities alike including Formula 1 Champion Lewis Hamilton and daughter of the soil, Rihanna.

Many of the signature events include themed parties - known as fetes - such as Tipsy All White Beach Party and Elevate’s Lifted Crop Over cooler party; breakfast fetes like Beach House, which attracts a more mature crowd and the chic Awaken; and, all-inclusive staples such as Bliss, which always delivers an immaculate foodie spread and convivial atmosphere. And if you want to experience Crop Over on the water, be sure to check out Booze Cruise, Limerz Cruise (which has multiple vessels themed by colour) or Oh Ship! which brings a younger crowd.

For a more cultural foray into the festival, be sure to check out the National Cultural Foundations’ (NCF) calendar of official Crop Over festival events, which include the likes of the Junior Calypso Monarch competition, The Barbados Crop Over Visual Arts Festival, Pan Pun De Sand steelpan music event, Soca on the Hill at the lovely Farley Hill, Junior Kadooment and Grand Kadooment, the culmination of the festival.