"Title" as it relates to land, refers to the legal right or interest in a piece of property. This interest can be either freehold (an interest in the property with no stated end) or leasehold (an interest with a stated end known as a "term of years"). These interests give an owner the right to hold, occupy, and use the land to his or her benefit.

Adverse possession law developed as a common law rule facilitating an occupier of land (one who does not have legal title) to obtain legal ownership of the land, if he can prove exclusive, continuous and uninterrupted possession for a specific period and that they have maintained/cultivated/developed the land as if they truly owned it. Under Barbados law, specifically the Land (Title Proceedings) Act 2011-7, this period is 10 years. If no action is taken during that time, the legal owner of the land which is being occupied, may lose his right to claim the property back from the person occupying the land, and adverse possession law may grant the occupier title to the property.

Occupants meeting the requirements to claim Adverse Possession requirements, can apply to the court for declaration in respect of ownership of the property, and would ultimately obtain a title deed from the Registrar, which is a sound title similar to a conveyance. Squatting, which is a form of adverse possession, has been a topic of great debate here for many years and in 2013, the Barbados Audit Office (BAO) conducted a Special Audit on the “illegal” occupation of Crown Lands during the period April 1, 2003 to March 31, 2013. This audit covered areas such as Belmont, Licorish Village; the Belle, My Lord’s Hill, Emmerton Lane, Howell’s + Ivy - all in St. Michael; Six Men’s Tenantry, St. Peter; and Bath Tenantry, St. John. While not audited in this exercise, Rock Hall in St. Philip is another well-known squatters location (See audited locations at Fig 1 below). 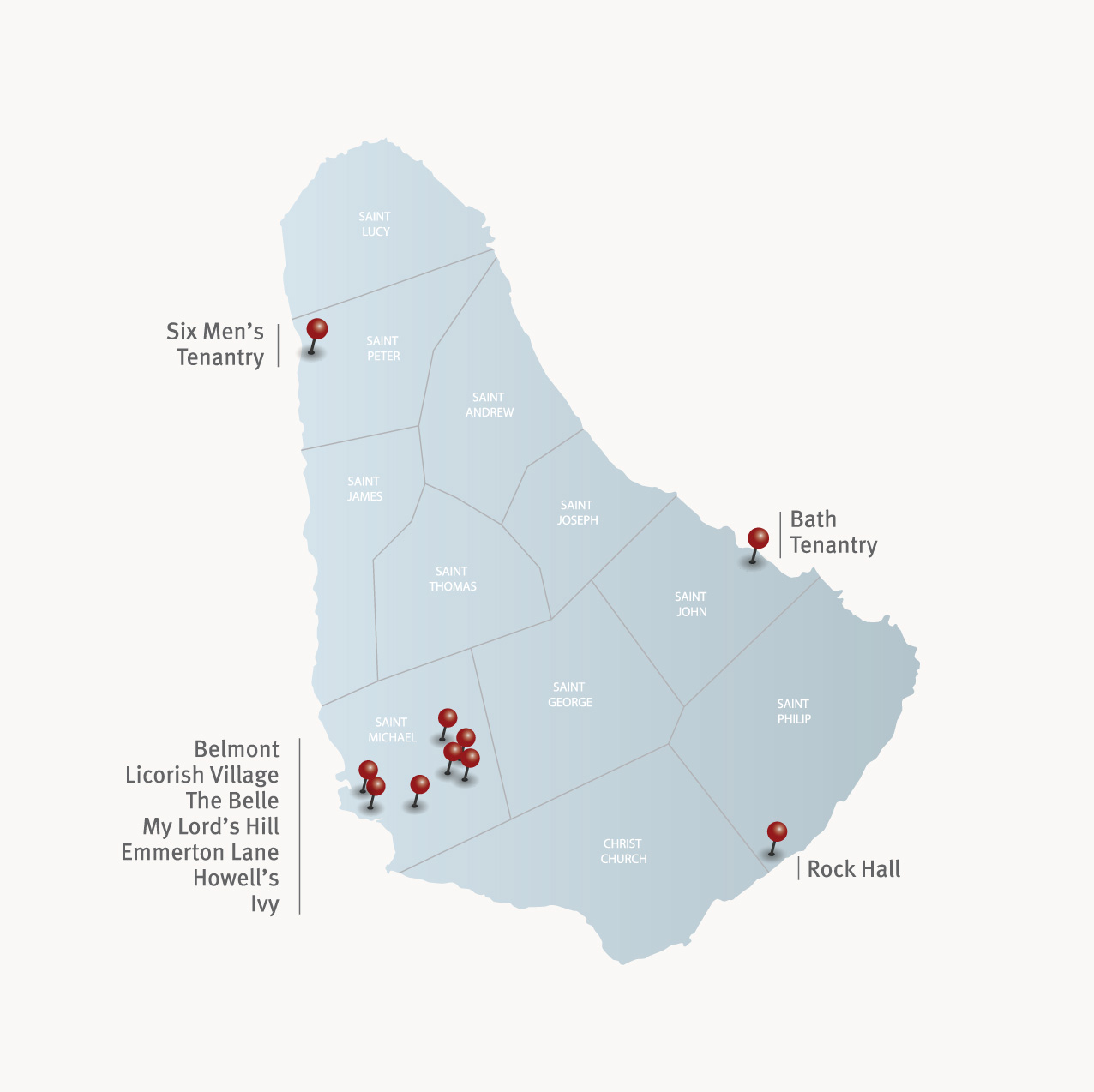 At that time of the review, the total land area occupied by the squatters in each location had not been surveyed so there was no detail on the acreage occupied.

It was however noted that hundreds of illegal structures appeared to exist on these lands.

Fast forward to 2018, and the BAO’s follow-up report covering the same areas above, but for the period April 1, 2015 to March 31, 2018. Between the first and second audits, there appears to have been an increase of 81% in these areas as shown in Table 1 below. 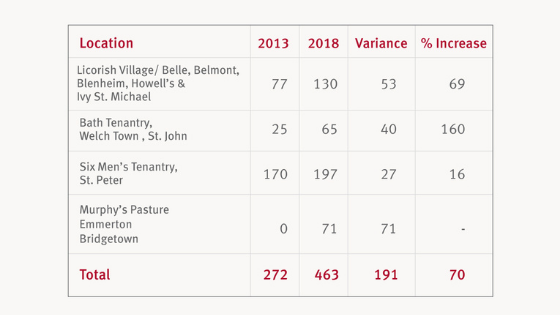 It was observed that many of the houses showed evidence of being outfitted with electricity, telephone, water, and in some areas, natural gas. Further, the traditional chattel house structures were being replaced with more permanent concrete structures as illustrated in Fig. 2 below. 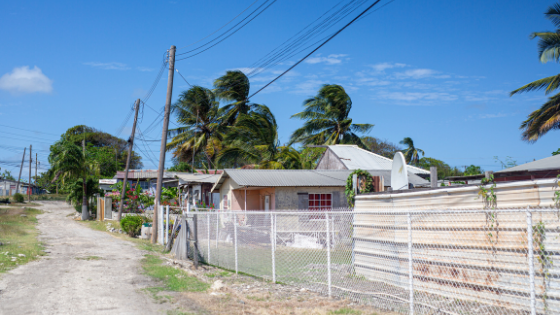 But what value if any do these structures have? In cases where the occupant has obtained title by possession, the land area of the original owner is reduced by the size of the encroachment, e.g., the owner or owners of two acres of land, where squatters have occupied one acre of the land for the required period, could lose the right to that acre, resulting in a drop in their property value. Conversely, for the occupant who has successfully claimed ownership through adverse possession law, the land upon which any building is located, would now be considered their property.

Ultimately, where legal action is pursued by the legal title holder before the 10-year period that could trigger an adverse possession claim has expired, the occupant would not be considered to have title by possession and would be deemed to be illegally occupying the land. If all parties are in agreement, it may be possible to obtain approval for the land to be subdivided and to sell the area which is being encroached on to the squatter before 10 years have elapsed. In this way, the legal title owner could potentially receive some benefit for the lost land, and the former squatter would now legally own the property. However, due to requirements of Town Planning applications, surveying fees, development of plans, and costs incurred with the sale of land, this process can be time-consuming, cumbersome and costly, with no guarantee of success.

Recently Government debated a resolution to compulsorily acquire two parcels of land at Harrismith, St. Philip for housing and tourism development. Minister George Payne, referring specifically to the squatters in Rock Hall, St. Philip, indicated that there are plans to relocate the persons illegally living on that land in St. Philip.  The areas identified for relocation included Dodds Plantation, St. Philip and Chance Hall, St. Lucy.  Plans are also for government to provide a grant of $25,000 to assist persons with rebuilding their homes. The Housing and Lands Minister further explained that initially these persons will be required to pay rent for the land, and that while focus is being placed on Rock Hall at this time, the other areas where squatters are known to live will be dealt with as well.  Those locations include The Belle, Licorish Village and My Lord’s Hill, St. Michael and Six Men’s, St. Peter.

So, if you own land and don’t wish to risk losing title of all or part to someone else who makes an adverse possession claim, ensure you regularly inspect it, and if possible, implement measures to reduce trespassing and squatting.