Within the past week the new notices of valuation have been arriving at mailboxes around the island.  In Barbados, every three years is a valuation year. The last valuation year was in 2008, thus making this year, 2011, a valuation year as well. Here is a quick background on the valuation legislation and the process to be followed. 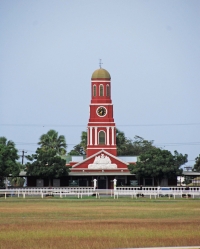 Barbados now has the international distinction of being included on the United Nations-managed World Heritage List. News of this came this past weekend from Paris, France when the World Heritage Committee determined that “Bridgetown and its Garrison deserved a place on the List.” The list includes over 900 cultural or natural sites all over the world, which are deemed to be of outstanding universal value.